I just finished reading this account of Dean Karnazes' running 50 marathons in 50 states in 50 days. I have already seen the movie and saw that the book was in the library, so I checked it out. This is an interesting book, but having read his first book, Ultramarathon Man, this book is not nearly as interesting. While I felt that non-runners might enjoy U M, I can't say that about this book. In fact, even Dean seems to have had to throw in tips and observations to try to make the book more of a how-to guide. This book is mainly 50 race reports. So if you like reading those, you'll like the book.
I have had a wonderful Christmas. Wonderful because I have been around family. Joy is watching the light of happiness in a child's eyes.
My training is going well, I'm starting to ramp my miles back up. My upcoming races are mainly trail runs, so I will try to get more time on the trails. I have several goals for 2009, but will write about them next week. I will tell you that I did register for the Boston Marathon, and my application has been accepted.
Posted by Reese at 7:27 PM 2 comments: Links to this post 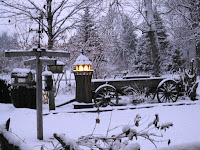 Time off in the Dominican Republic 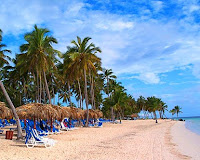 For the last week, my wife and I have been in the Dominican Republic celebrating our 29th anniversary. During that time my running miles have gone way down. Less than 25 miles a week. But that is a good thing. I'm not sure I could have wound down my mileage otherwise, although the cold weather in Oklahoma may have been able to accomplish the same thing. We enjoyed our time away, but travelling at this time of the year is a huge headache. While we stayed at an all inclusive resort, within the D R people always have their hands out, and I detest that. I'm not singling out the D R, every country I've been in has been this way. And it was the same way in Miami, where we stayed a couple of days. More and more I'm convinced that customer service is almost dead. We had several occasions where we were lied to about why things didn't happen the way they were supposed to. But tis the season, so I'm not going to dwell on that. We are home, safe and sound and all is well.

Posted by Reese at 5:19 PM 4 comments: Links to this post