Today I ran the Balto 5k. I wanted to run for a couple of reasons. One, I haven't run a 5k in over 2 months. Two, I wanted to see how my speed was going. This run is in a park where I've run a 5 mile race. I knew that it would be a hilly race, so I had no delusions of a PR. Also since I'm concentrating on a long trail run, I haven't done speed work in a while. It was very cold this morning. Okay Northern and Eastern readers, cold is relative. But it is cold to us, below 20 degrees. And considering it was 60 plus yesterday, and 80 on Thursday, we didn't get a chance to acclimate to this weather. I arrived at the park and was disappointed to see that we weren't using the center that the Frigid Five uses. We had to pick up our packets outside, and later wait for the awards at the same place. I picked up my number, and warmed up for about 15 minutes. I then waited in my vehicle until 5 minutes before the start. I got out, and we're off. I had set my Garmin to pace in K's and I was around 4:15 in the first K. I was fine with that, but knew I wasn't going to do all 5 in that amount of time. I was getting winded quickly, and didn't really warm up the way I thought I would. Second K in 4:12, I'm surprised by that. Third K 4:14, fourth 4:16 and 5th in 4:23. My watch said 5:03K in 21:25. I don't know what my official time is because this was an old school timed race. No chips, they pulled your tag after you finished. And I never saw the standings posted. I would guess my time was around 21:15 and I'm fine with that. I would have been fine with 22. I'm also not sure if I won my age group as they had the age groups wrong. I'm 55 and should have been in the 55-59. They have the groups one year off, 46-50, 51-55. I finished second in that group, but the guy that beat me is 51 so we really aren't in the same age group. All in all it was a good run, and I'm pleased to know I haven't lost too much speed by concentrating on long slow runs. Now back to trails and long runs.
Posted by Reese at 1:36 PM 3 comments:

Ramping up the mileage

For the past couple of weeks, I've been ramping up the miles in preparation for my 100 mile run. I consider this my last big push before the race. I've had a couple of set backs not directly associated with my running. First, you already know about the issues with my father, I'll update you on him in a minute. Second, my pacer has let me know that family obligations may keep him from joining me. I don't really want to attempt this without a pacer. I've learned from my 100k run, and my pacing duties for the 100 mile run that a pacer is a big help when you want to quit, but really aren't in physical danger. Well the 100 mile runner probably pushed the physical to the limit, but you get my point. It is also a big help to have someone with you during the night part. Yesterday I ran with my trail runners group. After our run, we went to the home of one of the runners for pancakes, eggs and fruit. While there, a young lady said she would consider pacing me. So I may yet have a pacer. I might give it a shot even without one. I've run a lot of trails and road miles these last couple of weeks. But I've been trying to get more trail miles since that's where the race will be run. I've also done several two a days on the weekends.
My father is now in an assisted living center. Two days after he discharged himself, he had to be rushed back to the hospital. Fortunately my brother was in town and with them at the time. My father decided that he didn't want that to happen again when just he and my mother were home. So he decided to go into assisted living rather than back home. They live 12 miles from ambulance service, 30 miles from a decent hospital and 70 from Tulsa or Oklahoma City. I must say though, he is as well as I've seen him in some time. He was giving me orders, telling another man what he needed to be doing and he was very precise in his instructions. Probably has to do with being off the hospital drugs.
Posted by Reese at 8:40 PM 5 comments:

My father came home yesterday, against doctors wishes. But he said they weren't doing anything for him, and he was just wasting away in the hospital. I wondered if he was making the right decision. Preliminary results are that he did. In the hospital for eight days, he didn't walk 20 steps. At his home, he has done more than that in an hour. In the hospital he looked like he was at deaths door, at home he has perked up, been very talkative, and watched most of the football game last night. I know it's early yet, but once again, I needn't have questioned his decision. Thank you all for your kind comments and continued thoughts.
Posted by Reese at 7:18 AM 6 comments:

My Father and I

My father and I are in business together in a company started by my grandfather, his father. The picture here is from a story done about our company in '04, Pressure-Packed Business. My father is 76 years old, and until he was in his 75th year was the picture of health. Until he began a series of 3 operations, he was at work every day. If you read the story, make note of his comments about enjoying your job. He is now in the hospital once again fighting various ailments. He went in New Years Eve, and yesterday, was put in ICU (Intensive Care Unit). He appears to be doing better today.
Yesterday, even though I had been going back and forth to the hospital, assisting my mother who is staying with me while he's here, I decided to go for both a 6 mile run with the marathon training group. And then run in a very casual 25/50k. The 6 miles went well, although we ran it faster than I had planned. I ran most of it with a couple of friends who were then going to join me in the trail run. One of them would be doing his first trail run. We got there, and started this informal run. This run was on the honor system, that is there was a sign in sheet, and when you finished, you recorded your time and distance. Most of my friends went ahead of me. I knew that if I was to do the whole 31 miles, I would have to "start off slow, and then back off." Within about 5 miles I had passed most of them, and continued on to the turn around point. This was a double out and back, but when I got to the turn around, my Garmin was reading over 8.5 miles. It should have been around 7.75. When I got back to the start, I had over 17 miles. Anyway, I went to my car to get another bottle, and decided to check my phone. I had two messages, both telling me my father had been transferred to ICU. I sat and thought about it, and decided that since there were several family members with him, I would go back out, but probably not do the whole thing. I started back out, did about 3 miles, and decided I needed to go. I headed back, recorded my miles and time, 23, 4:45, and headed to the hospital. Things were not as bad as had been conveyed to me in my phone messages, I suspected as much. But, he is in ICU, so it is serious. As a friend of mine says "thanks for listening."
Posted by Reese at 9:53 AM 6 comments: 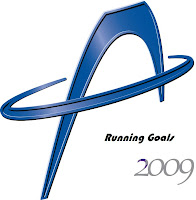