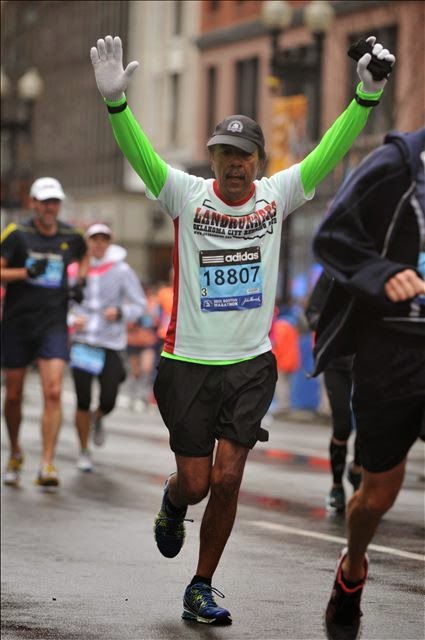 So once again I decided to do Boston.  This would make my 5th time overall, but 2nd in this cycle.  I missed two years of qualifying, 2012 and 2013 which was the year of the bombing.
I'm going to back up a little bit because it's been almost four months since I last wrote here.  I've run one other marathon this year, Myrtle Beach, and didn't write about it.  Nothing really special, it was a good run, I had but one goal and that was to finish under four hours.  I finished MB in about 3:53.  Back to Boston.
I waited trying to find good deals on air and hotel and never really did.  I ended up flying out of DFW which saved me over $200 per person, I took my wife with me, and booked my hotel through Hotwire.
The hotel was the best bargain, overlooking the course right at the one mile to go mark.
Everything went according to plan as far as getting to Boston, and picking up my bib and shirt.  The weather forecast was for rain and I hadn't planned for that.  I looked up the nearest bargain store, Goodwill, and went to buy sweats and a jacket, $9.00.
I rode the bus to Hopkinton wit a lady from Duluth.  I don't recall, but I think it was her first Boston.  It rained off and on during the ride, but when we reached the village, the rain had stopped.  I got in line for the port-a-potties and by the time I got out it was time to head to my corral.  It started raining just as the gun sounded and it was to rain off and on, sometimes heavily, for the entire race.  It was also windy and cold.
My initial goal was to try to run sub 3:45, but with the rain I settled on a sub 4 hour goal.  I hit the half around 1:57, still felt good, so I decided to go for  a BQ time, which for me is sub 3:55.  I was on track the rest of the race, and as always had ups and downs, but I never hit the wall, and finished in 3:53.10.  When I stopped running I started getting very cold.  They had really good finisher blankets, but still I had to step inside a building to warm up before heading back to my hotel.  All and all a successful Boston.  I hope to be back next year. 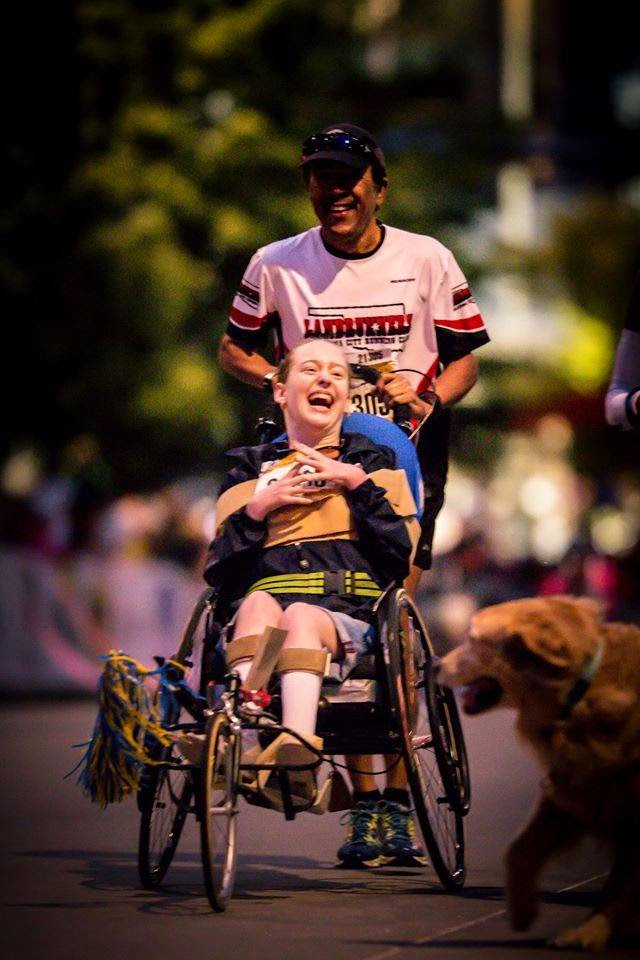 I suppose I'll just segue into my next running adventure which was to run the Oklahoma City Memorial Half Marathon a mere 6 days after Boston.  Ordinarily I wouldn't do that, but I had volunteered to participate in our running club's "Oh What A Ride" program.  This is where someone pushes a person who is otherwise unable to participate in a running event like this.  I and a lady agreed to push Mary.  It was a great time, I enjoyed both the company of my co-pusher and Mary, our talkative rider.