Sunday, February 24th, 2013 I ran my first marathon since April of last year.  I did run Comrades (56 Miles) in June of 2012.  The reason for my marathon drought was the injury I detailed in my last post.
While I felt good about my return to the marathon, I wasn't 100% sure I was ready.  My training had gone well, but I still hurt a bit after my 20 mile training runs.  Specifically, I was having a pain in my right leg that seemed to be IT band problems.  While I've had ITBS before, it would always happen long before 20 miles.  So it appears that it was just fatigue.
A lot of my running club friends ran this marathon, and I had several options on travel.  In the end I decided to fly.
My travels to New Orleans went without problem.  I decided to take a city bus to save money.  I traveled light, so I only had one duffel bag to carry.  The bus cost two dollars and took me to within 6 blocks of the hotel.  Probably the cheapest ride into the city I've ever had not counting riding with friends.  My hotel was offbeat, but very nice.
Like most races I had three goals.  Dream goal, Boston Qualify with a cushion, realistic goal, just qualify, backup goal, sub 4.
I went to bed the night before feeling good.  Fell asleep and around 12:30 I awoke to hear the loudspeaker declaring an emergency.  I got dressed, went downstairs, via the stairs from the 6th floor.  I stood around with the rest of the guests while the fire department verified what we all knew, false alarm.  Oh well, back to my room to try to go to sleep.
Next morning I got dressed, and walked across the street to a convenience store for coffee, and to judge the weather.  It wasn't too cool, so I went with a short sleeve shirt and shorts.
To the starting line and corral 3.  I stood around and talked with friends.  The gun, a few minutes to allow our corral to start, and we're off.  Willie, Bill and I were running together for a few miles until they both said they needed to make a pit stop.  I continued on figuring they'd catch back up to me.  I was running within my goal pace and having minor ups and downs.  Bill caught back up with me soon, and after a mile or so he left me.  I was still running within myself and feeling more confident that I'd be able to hold my pace the entire race.  In past races I'd had problems hitting the wall around 19-22 miles.  When I hit 19 a little ahead of goal I decided to pick it up.  Felt good until around mile 23 but was able to hold on to the finish.  Official time 3:43:50, a little over 10 minutes faster than my Boston Marathon qualifying time.
Went back to the hotel, showered, took a cab to the airport and no problems getting home.
Next up?  A surprise, stay turned. 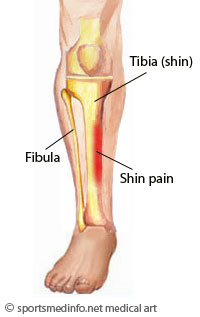 So, what's been going on?  Yes, it's been a long time.  For 2012 I had several marathons on my calendar after completing Comrades.  Chicago in October, and New York in November.  I was training hard to hopefully go for a P R in Chicago.  While in Las Vegas for a family reunion in late July, I was doing my 3rd run in a row.  I had run 12, 15, and was running 11 this day.  Around mile 9 my shin began to hurt.  I walked for a few minutes and there was no pain.  So I started running again, and immediate pain.  Fortunately I was near my hotel, so I just walked there and figured I'd take a couple of days off.  Back in Oklahoma after a few days I tried to run again.  pain within 1/2 mile.  I knew something was wrong, and thought I had a stress fracture.  Doctor did MRI and the diagnosis was "shin splints."  However, shin splints is a generic term for several different injuries.  More specifically mine was "medial tibial stress syndrome."  Chicago, out, New York, out.  To be fair, I was told I could run these, but not well, and that I might set my running back a few more months.  Not what I wanted, so I bit the bullet and pulled out of both marathons. I took physical therapy for 2 months and cross trained by riding a bike. I ran 3 miles in August, about 80 in September, and bit by bit built back up to over 200 in January.  My first race back was a small 5k in which I ran in the 24's.  I was ok with that because it was very windy and the course was hilly.  I ran a Turkey Trot 5k and pulled it down to a high 22.  I ran a 1/2 marathon in December under 1:45 and figured I was ready for a marathon.  That will come February 24 in New Orleans.
Much more has been going on, but this is hopefully a first step in starting back to write in my blog.
Stay Tuned !