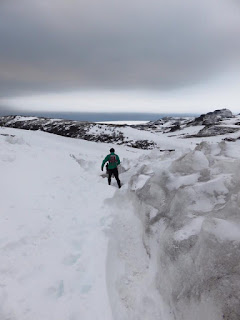 I was fortunate enough to win a free registration for a RRCA coaching certification in Dallas.  This opportunity was provided by the NBMA, National Black Marathoners Association.  The only requirement upon certification is to give back to the organization.
This was also the annual awards banquet of the NBMA.  So I decided to run the marathon also.
The classes were before the marathon, and the banquet was the Saturday before.
The course was interesting and informative.  I learned a lot more about training and look forward to implementing that information.
I had one month to take the online test and get certified in First Aid and CPR.  I completed both tasks within the time required and am now certified.
Back to the marathon itself, I had my usual goals.  Boston qualify, run sub 4, finish healthy.
I felt sick the night before, but not too bad.  Rain was predicted early morning, but to leave the area before the start.  Woke up to rain, but since I was only a few blocks away from the start, I figured it would stop before I had to go out.  I left the hotel to a gentle rain.  Started and it did rain off and on during the entire race.  I never felt really well so just decided to try for sub-4.  Final time 3:58.
Next up, 7 continents journey.