Anger - Outrage, Drugs and a Right 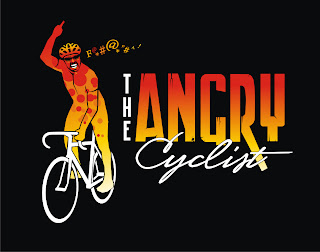 In the last few weeks I've experienced and exhibited these two emotions.  They are somewhat the same, but not exactly.  Anger can exist without outrage and vice-versa.  But what I've seen and done in the examples that come to mind have been both.  First, the examples.
I was running a 10k at the Lake, where probably more races in Oklahoma City occur than any other location.  Whenever we race there, the bicyclists get all in an uproar because some runners think we own the trail at that point.  I do think there needs to be some instruction to runners before the race but it doesn't happen.  A biker cursed at a runner who was running in the wrong lane.  I cursed back at the cyclist because, while she (the runner) was wrong, there was plenty of room to go around.  Saturday during a club training run, basically the same thing.  A runner crossed from one side of the street to the other and didn't look behind before she did it.  This was a dangerous move, but fortunately the only ones coming were bicyclists, but this was a city street and a car could have been coming.  Again, the biker cursed the runner and I said a few choice words back to her.  And again, the runner was wrong, but the biker had plenty of room to manuver.  Last example was yesterday, this time two bikers.  One on the trail, the other on the road.  The trail crossed the road, and the trail biker didn't look at the road as she was crossing.  The road biker almost hit her and proceeded to yell at her to "watch where you're going."  Again, the trail biker was in the wrong, but I saw the conflict before there was real danger and so did the road biker.  He just felt that he was entitled to some outrage and anger.  I told him to "chill out."  Three reasons, first no harm done, and the lady was obviously frightened by both the near collision and his yelling at her.  Second, he was clearly an experienced biker, and she clearly wasn't.  Third, it was a lady being harassed by a man.  If he felt there was a lesson to be learned, he should have gently said something to her.  Honestly, I think the near collision was lesson enough.
And my point is this.  We feel a right to be angry and/or outraged at behaviour we know is wrong or out of line.  We get a little rush when we react to it with the same heavy emotion that is exhibited by someone else.  A little bit of "feels good" to tell someone off.  I've honestly been embarrassed by my reaction in two of the three examples I responded to.  I got angry because they were angry and I'm trying to reign that in a bit.  In the third example, near collision, I was calm as I told the guy to chill.  I saw hurt in the lady's expression, and felt a bit sorry for her.
I know it's hard not to exchange anger for anger, but things will be so much better if someone can take the first step in ramping it down a bit.  Might work on a much larger scale also.